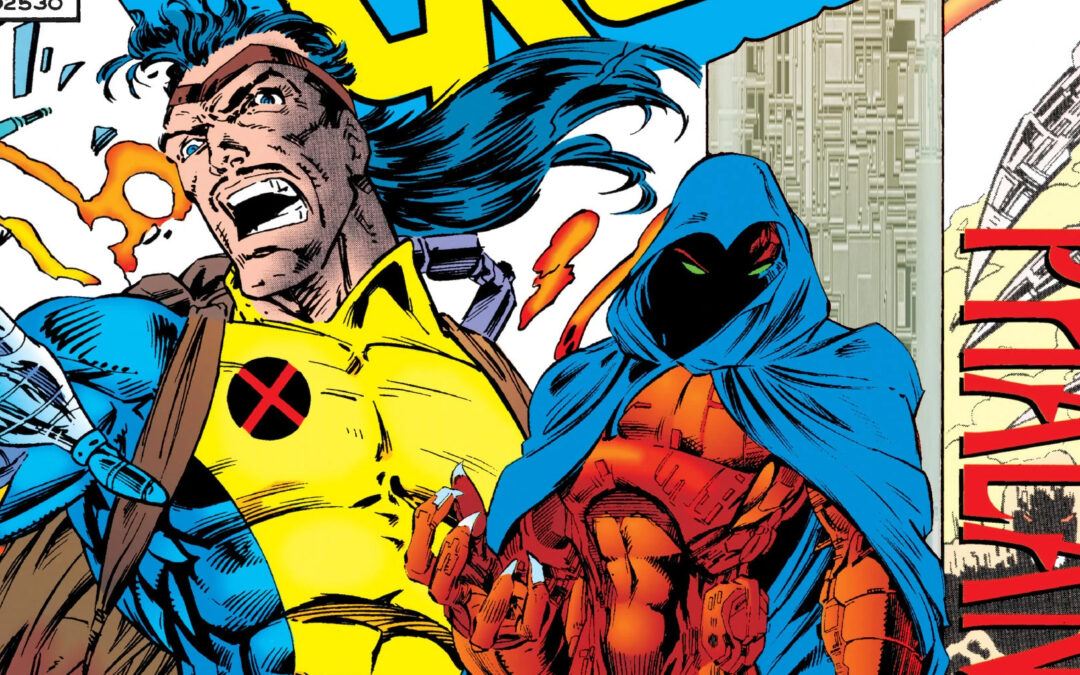 “Life Signs (Part 3): The Light of a Tainted Dawn”

We’re back from the holidays and eager to discuss the very important symbolism of robot Velociraptors in wizard capes in the bafflingly titled Phalanx Covenant crossover issue Excalibur #82, “Life Signs (Part 3): The Light of a Tainted Dawn,” in which Nightcrawler saves the world through the power of life-coaching and everyone’s hair looks fabulous. But we’re focusing on the Forge of it all, discussing race, representation, and Indigenous Futurism with comics scholar Dr. Jeremy M. Carnes! 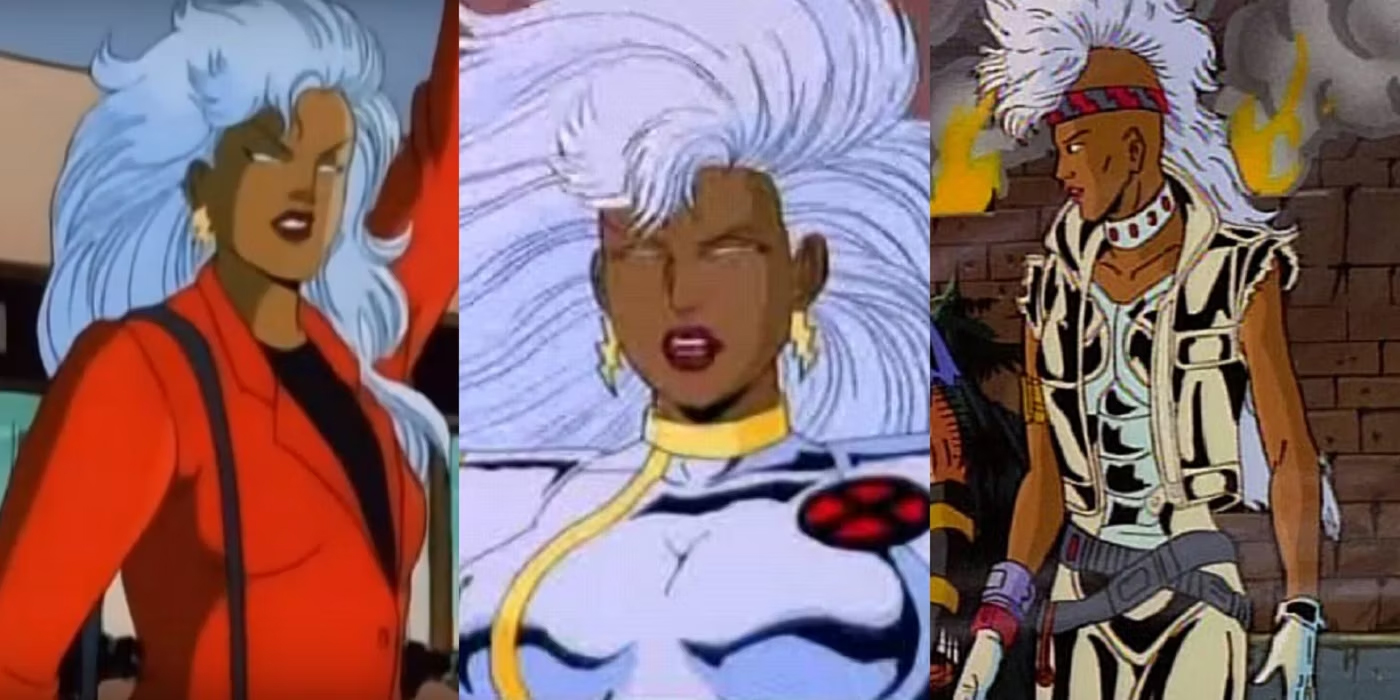 Anna: “What drew you to the world of the X-Men?” 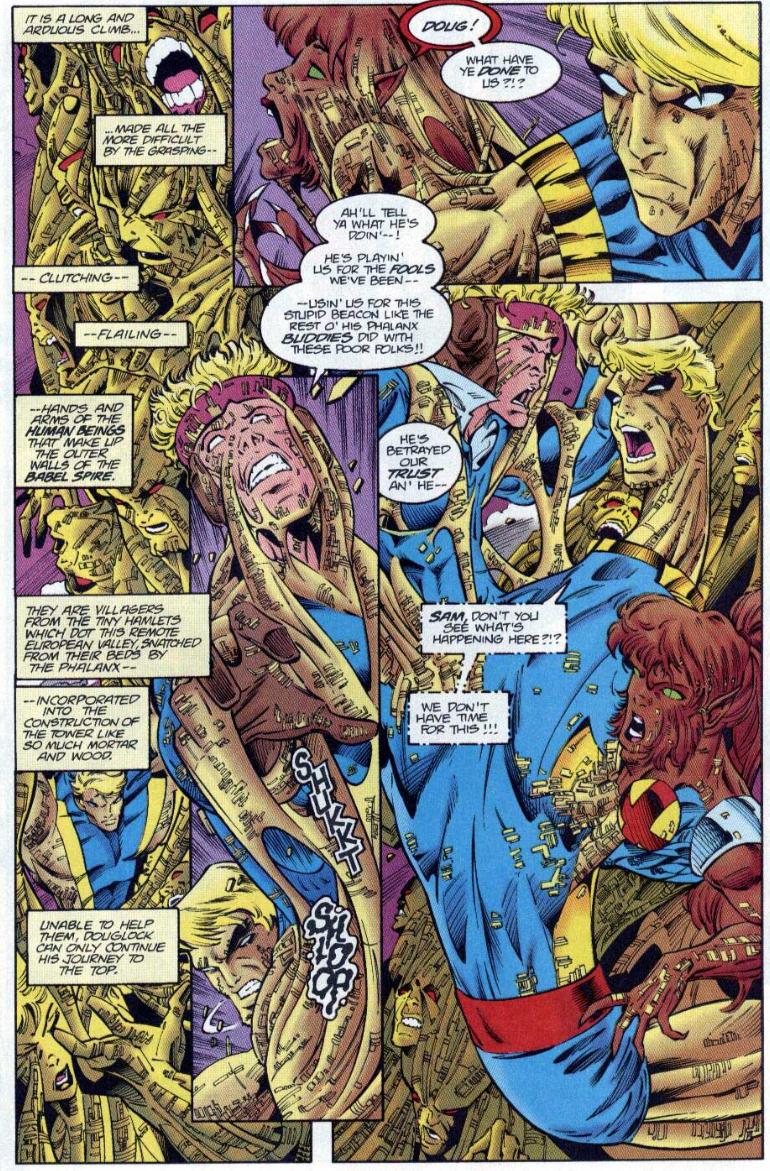 “There are so many panels and pages of gooey people merging into other people, and something happened but… I don’t know what it’s going for.” -Anna 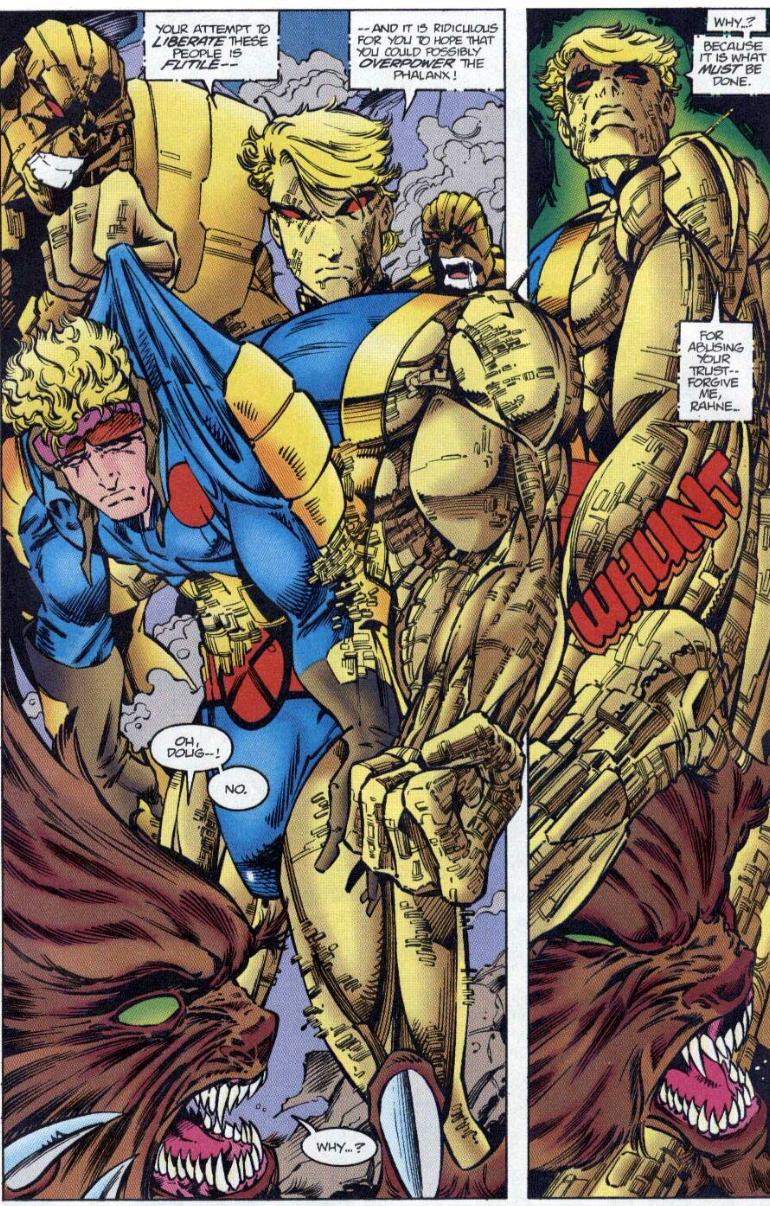 “It’s unclear why they need to climb the tower because… and I can’t stress this enough… Sam can f-ing fly.” -Mav 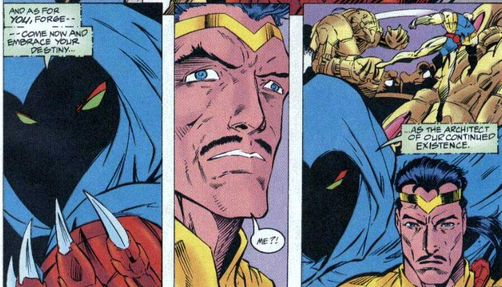 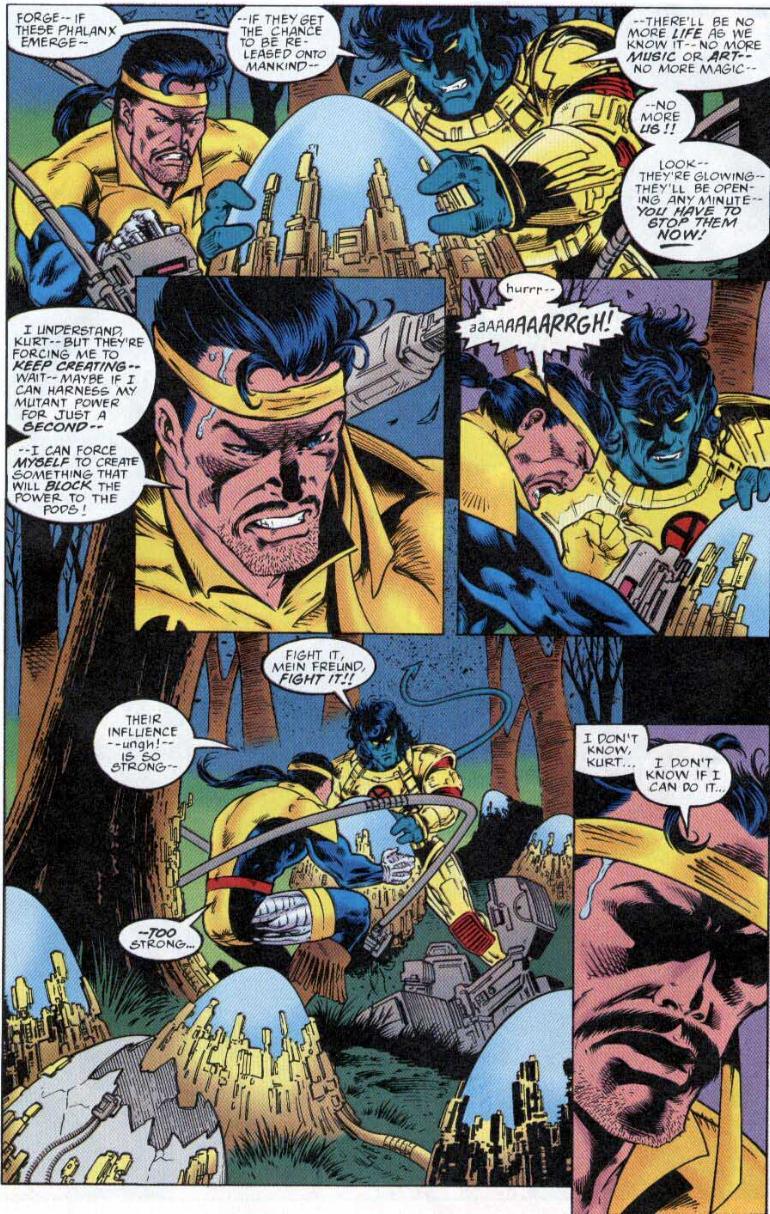 “Characters like Forge and Dani Moonstar sometimes live in stereotypes. Other times, they push against them.” -Jeremy

On the violence of absence:

“Because Indigenous communities have been legally, historically, culturally, and systemically denied, in relation to the United States, by their absence… a lack of representation reiterates that.” -Jeremy 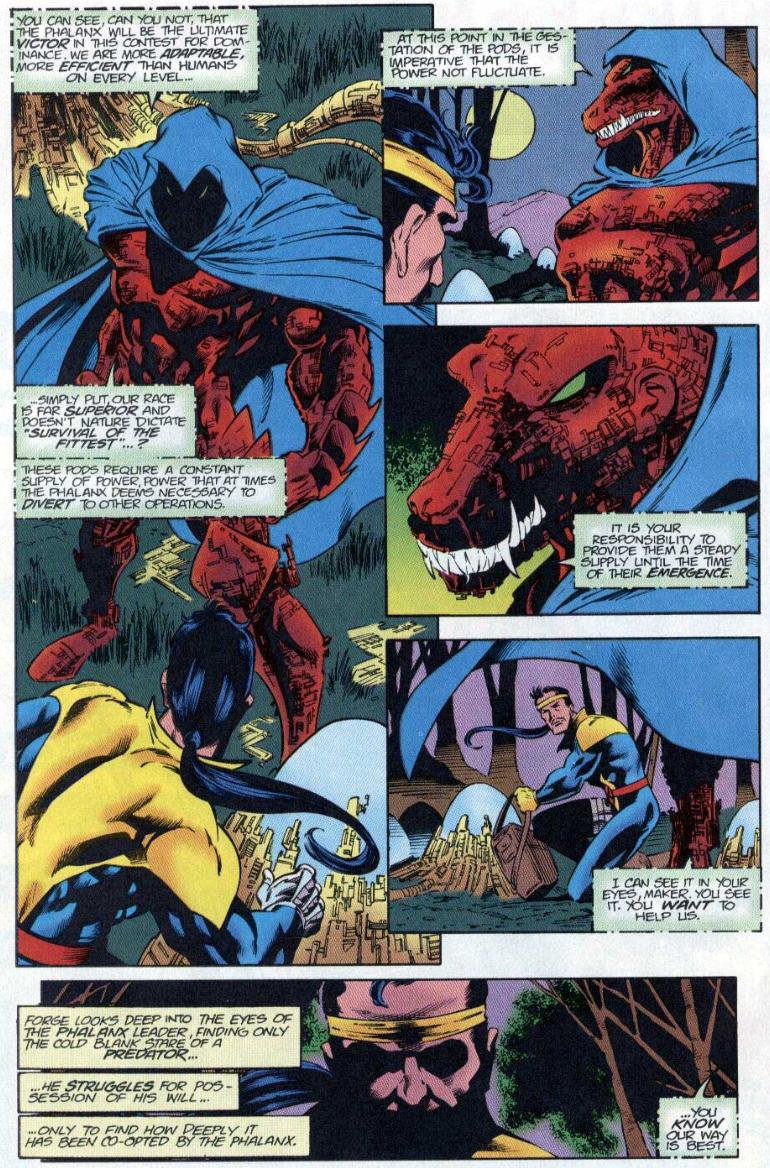 “The rhetoric of this moment is totally the rhetoric of settler colonialism… Forge is asked to erase his own people, and accept that it’s for the best.” -Jeremy 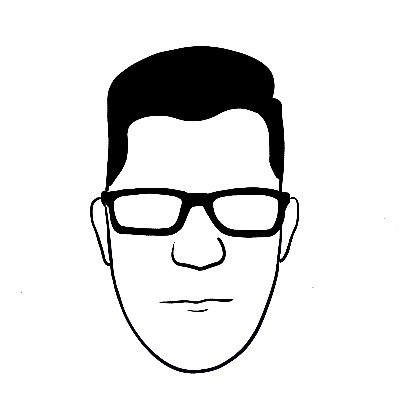 We’ll hype the heck out of Jeremy’s forthcoming edited collection on X-Men: The Animated series, co-edited with past guests Margaret Galvan and Nicholas Miller, when it’s available (hopefully later this year)!

In the meantime, we recently spotlighted some of Jeremy’s article “‘The Original Enchantment’: Whiteness, Indigeneity, and Representational Logics in The New Mutants,” talking about X-Men and Indigenous representation, over at Sequential Scholars.

You can find Anna on Twitter (@peppard_anna) and at Sequential Scholars (@seqscholars).

You can find Andrew on Twitter (@ClaremontRun) and at Sequential Scholars.