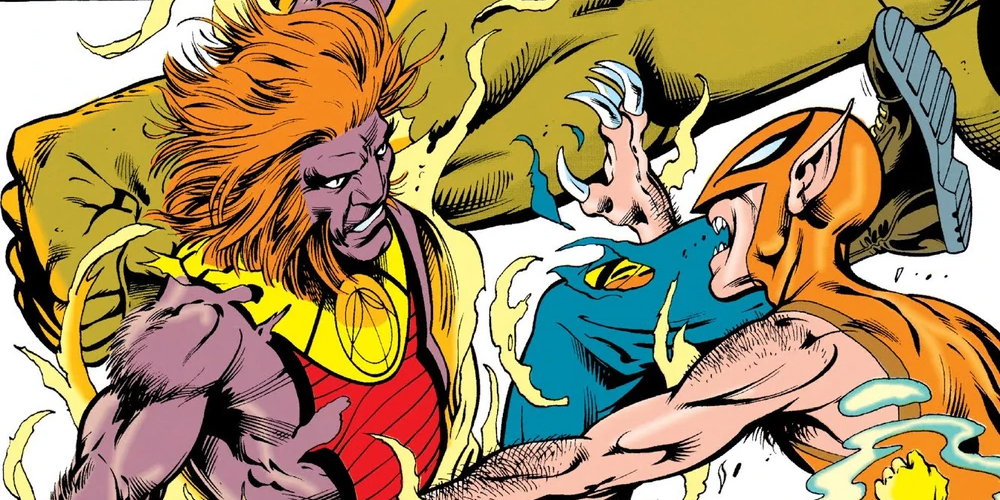 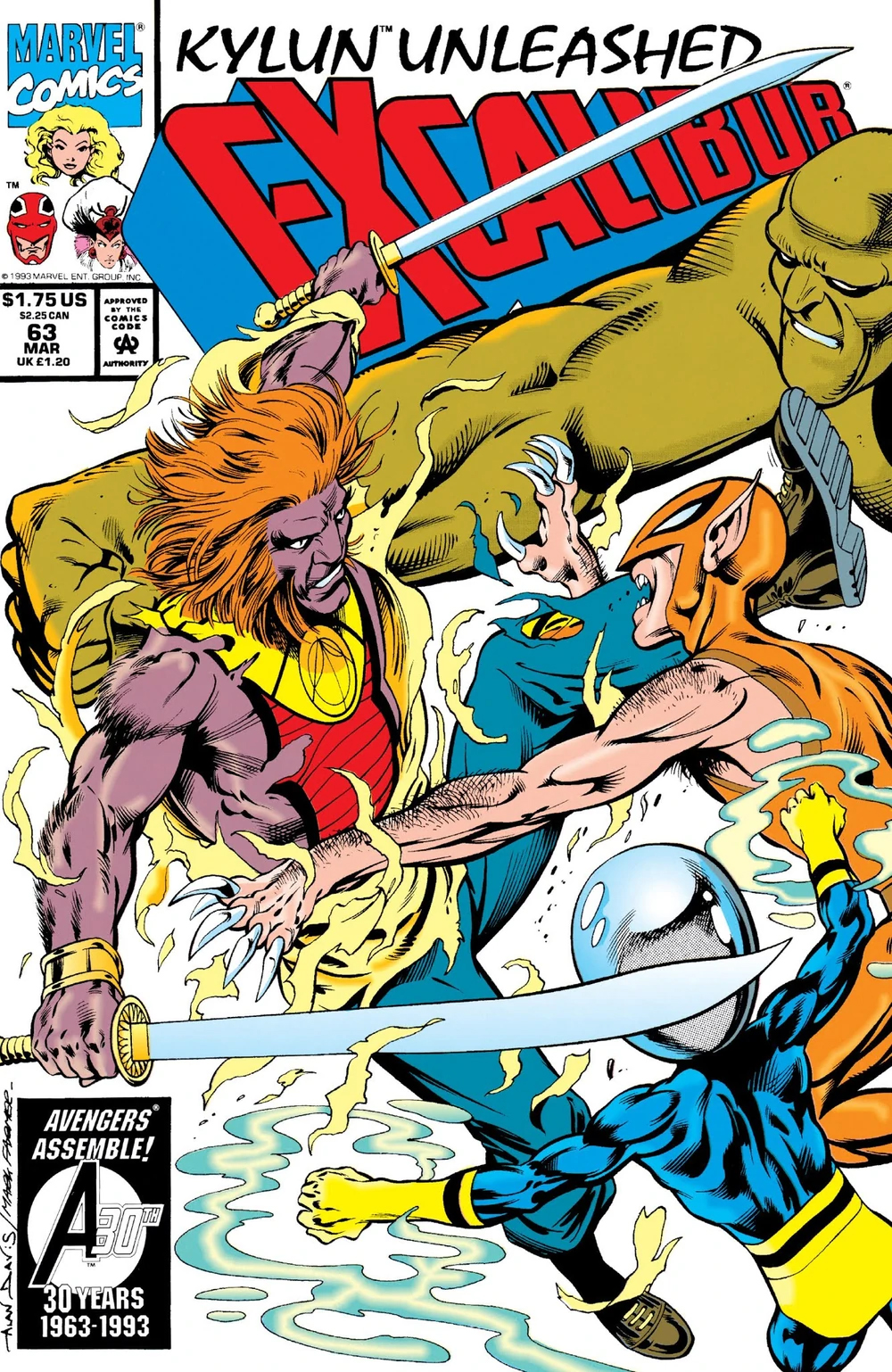 Don’t let the cool Kylun cover fool you—Excalibur #63, “Denial,” is in denial about being about Kylun because it’s clearly a Nightcrawler comic, in which Kurt Wagner superfan Alan Davis delivers a super-scientific sermon about all the super-scientific ways Kurt is super-scientifically awesome. Here to celebrate this momentous achievement is our first guest from a country where Kurt’s called Diablo—writer and fellow fuzzy elf superfan Maxime Fontaine! When we’re not talking glorious fanservice, we’re debating the meaning of fanservice (we’re still scholars, y’know!) and lamenting poor jokes at Cerise’s expense. Is there no end to our amazing gifts?? 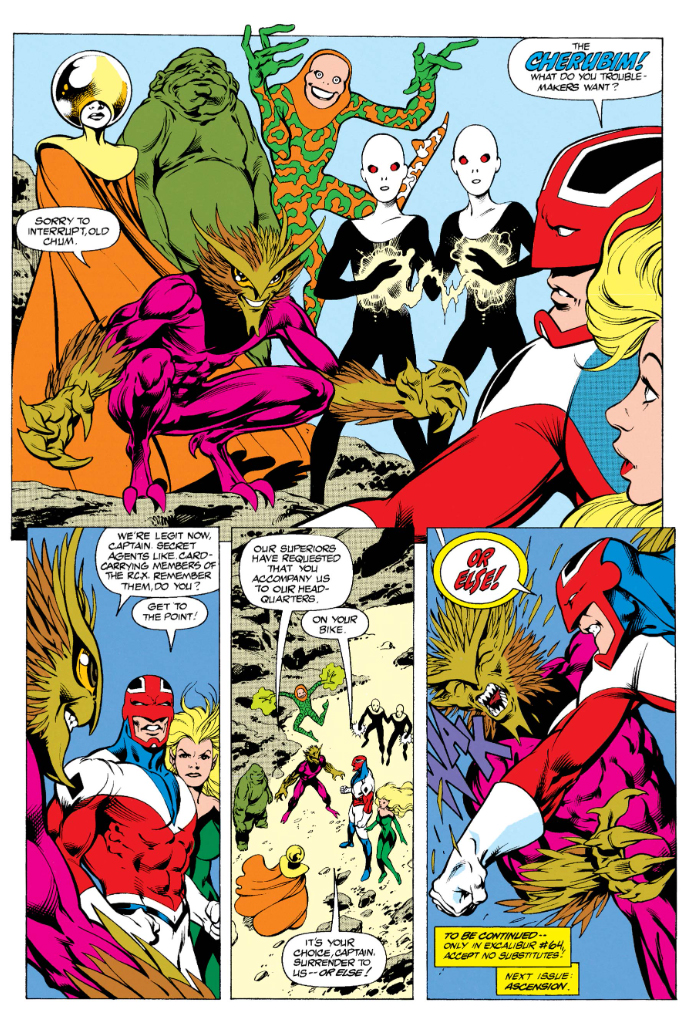 On the beauty of Davis:

“My favourite superhero artist was always Alan Davis. There was a real sense of volume in his work. The characters seemed alive on the page, you could easily imagine them jumping off the page, you could almost touch them—it was a very sensual experience.” -Maxime 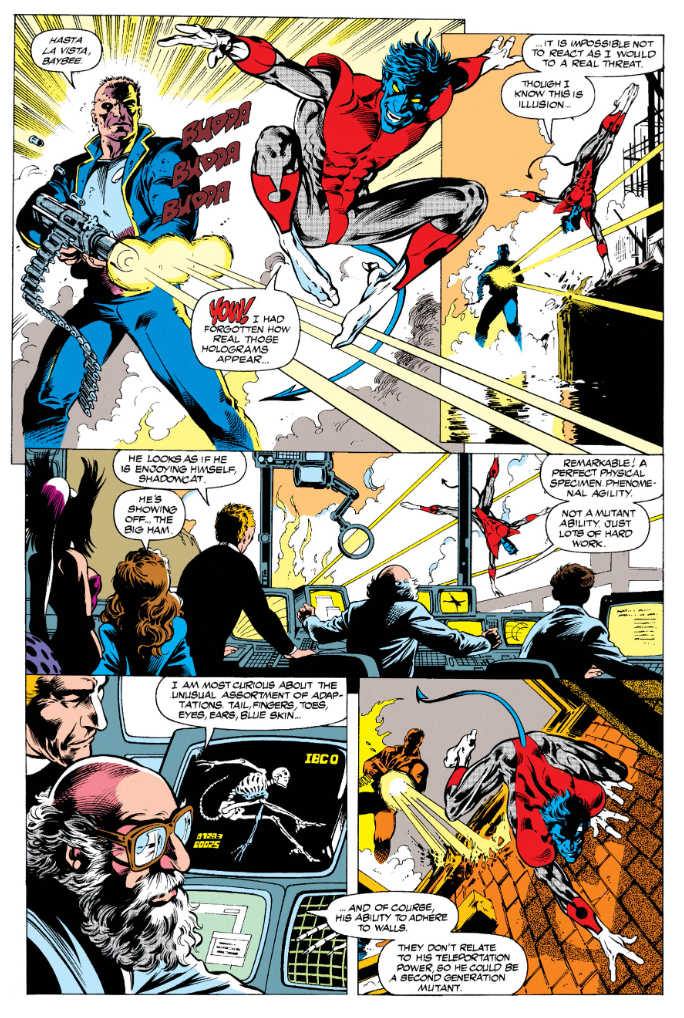 On the joy of Nightcrawler:

“Nightcrawler guided me through adolescence. At the time, you feel quite insecure in your appearance. Because of his difference, because of his uncommon features, Nightcrawler helped me to accept who I am—and be happy for it. His strength doesn’t come from his superpowers, but rather his personality.” -Maxime 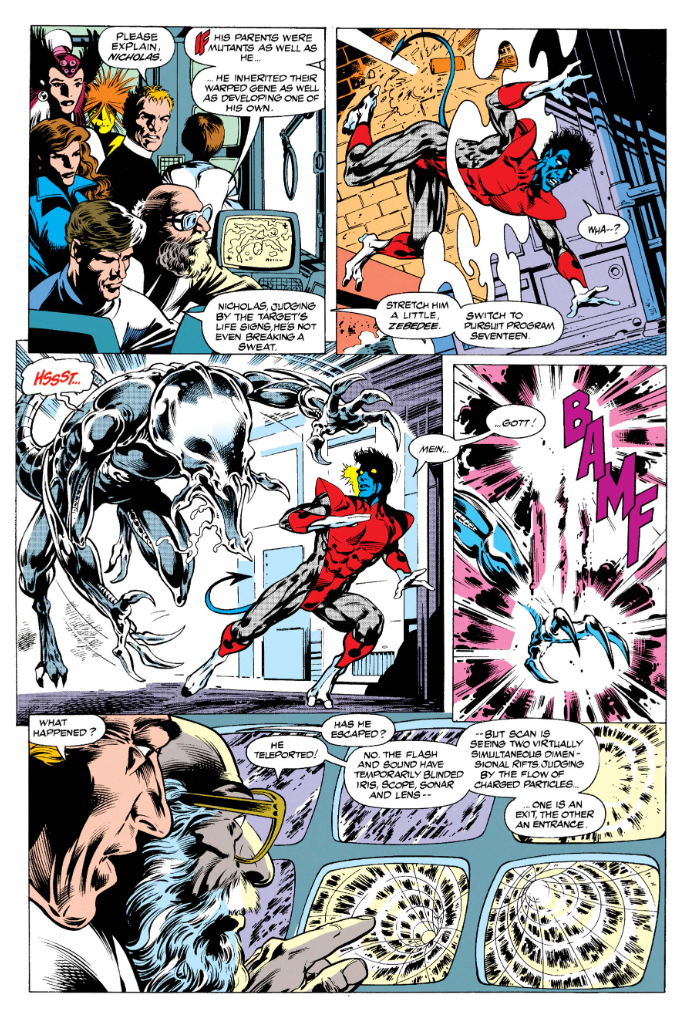 “I can’t be objective about this issue, because this is a comic where Alan Davis goes all-in on his own Nightcrawler fandom, and if you’re also a big fan of the character, you see that reflected and it’s awesome. So much of this issue is people admiring Kurt and talking about how great he is. There are so many fan surrogates.” -Anna 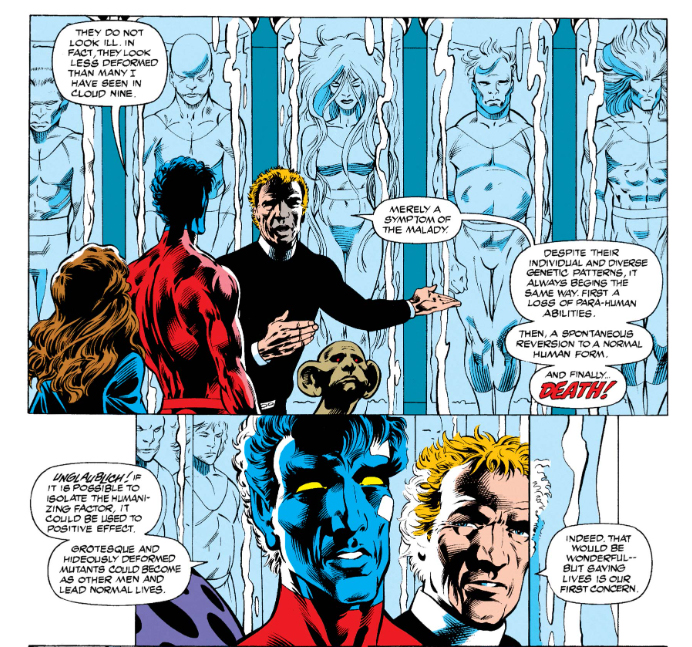 “Kurt knows, through his own experience, that there are mutants out there whose mutations make it so that they truly can’t function in society, even to the degree that he can. The charitable reading of this line is him acknowledging the complex reality of that. On the other hand, you could read it as eugenics. But I’d rather read it the first way.” -Mav 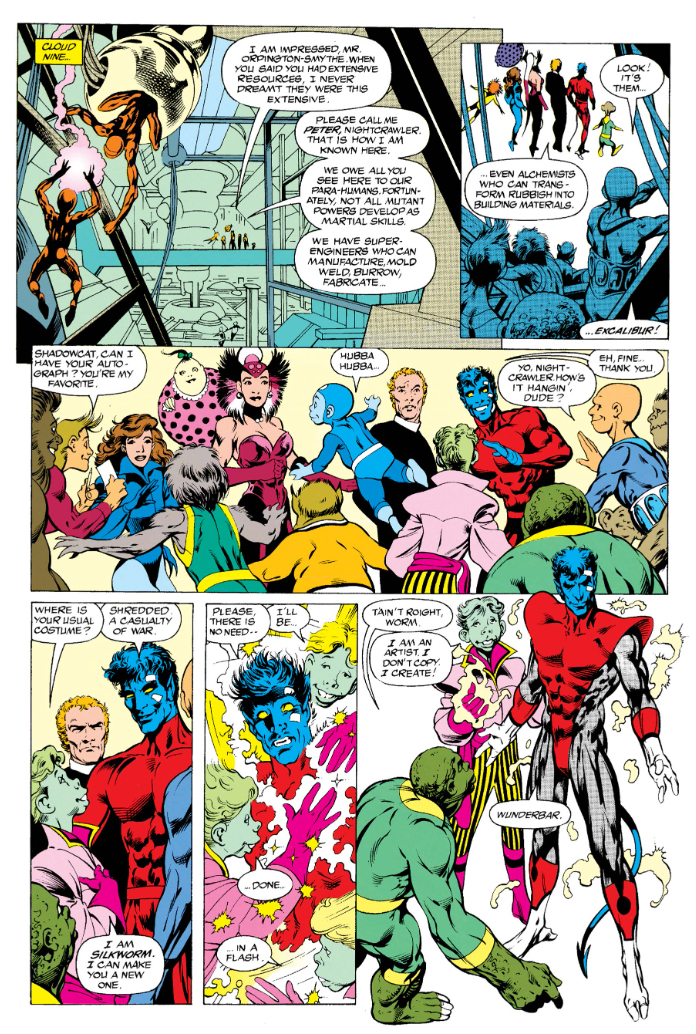 “The way the Warpies react to Nightcrawler is clearly a way to say, look at Kurt Wagner, he’s so damn cool. Among freakish characters, he’s a paragon. It’s as if every outcast character could identify with Nightcrawler. As if he could represent them all.” -Maxime 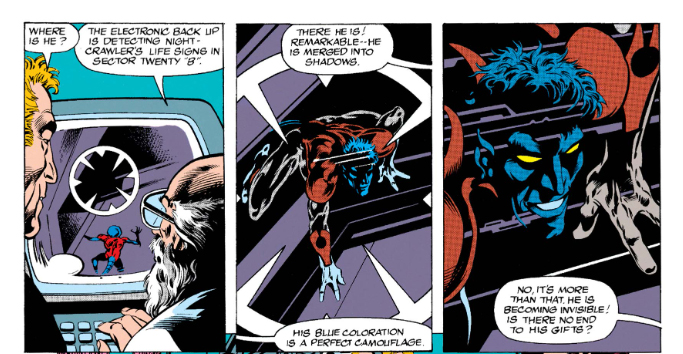 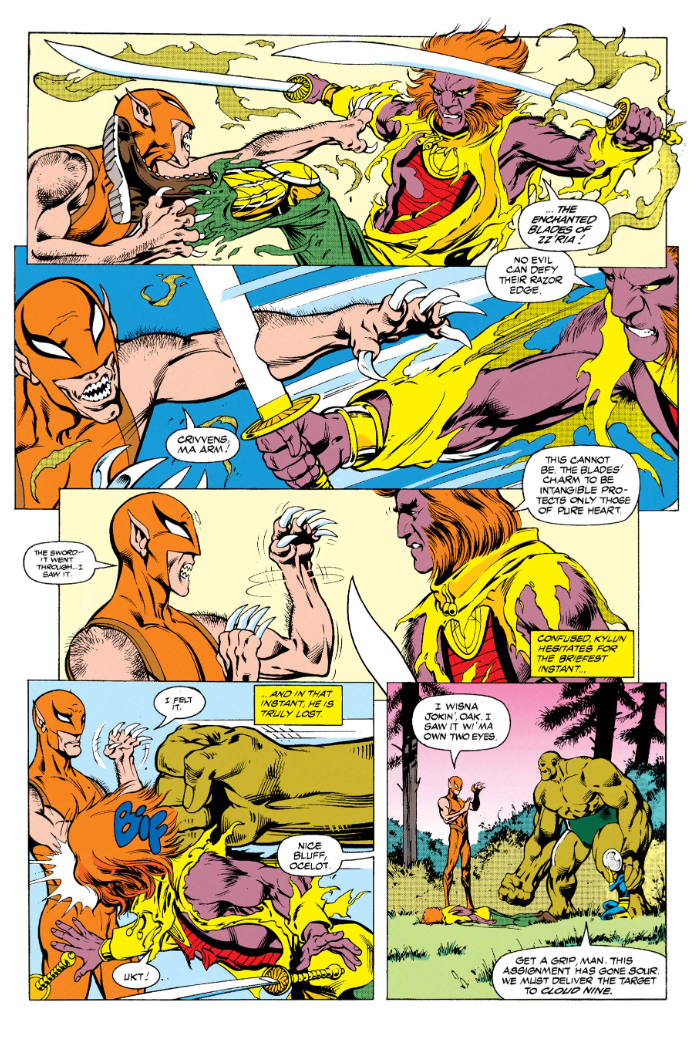 “Kylun’s enchanted swords, which can’t hurt the pure of heart, are an interesting way to both incorporate themes of justice and high fantasy elements that have been part of Excalibur since the Cross-Time Caper.” -Andrew 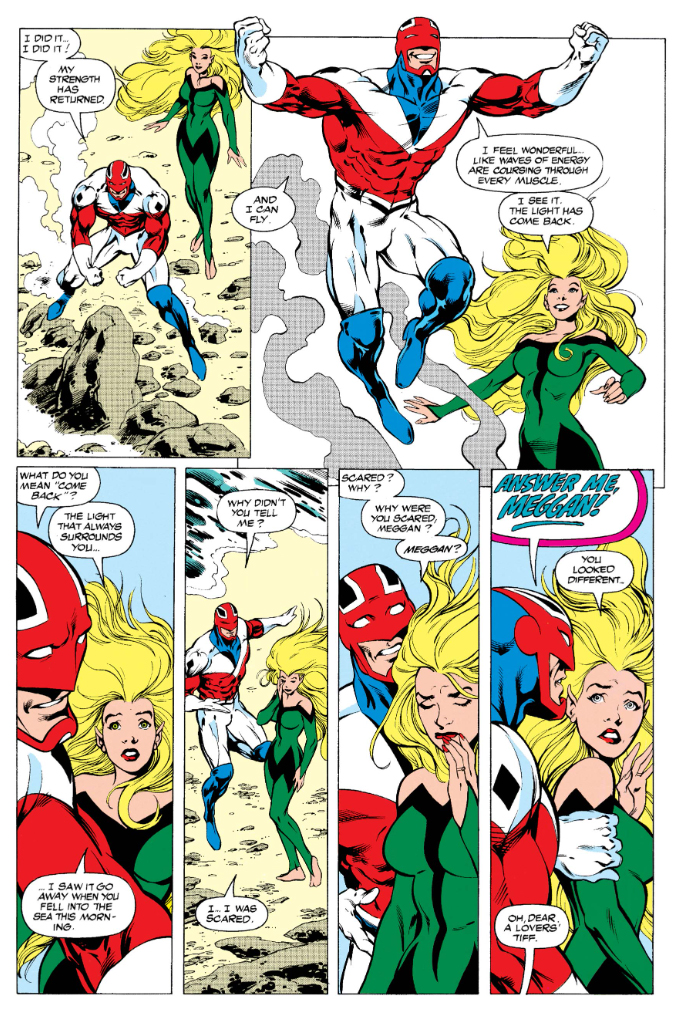 On the depth of Meggan:

“I liked this scene because it shows there’s actually a little shallowness to Meggan. She’s like, ‘when you lost your powers, you looked different.’ The charitable reading is: something about his soul was different. But that’s not what she says. I like that she’s written as complicated here because so often—she isn’t.” -Mav 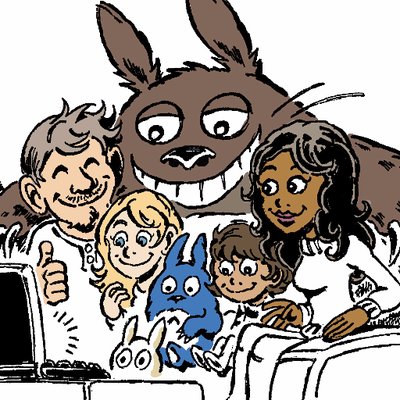 You can also find him on Instagram, at maxime.fontaine.7

And! Check out his recent book Sorciers, about circuses, and magic, and gods, and plenty of other Excalibur-adjacent things! 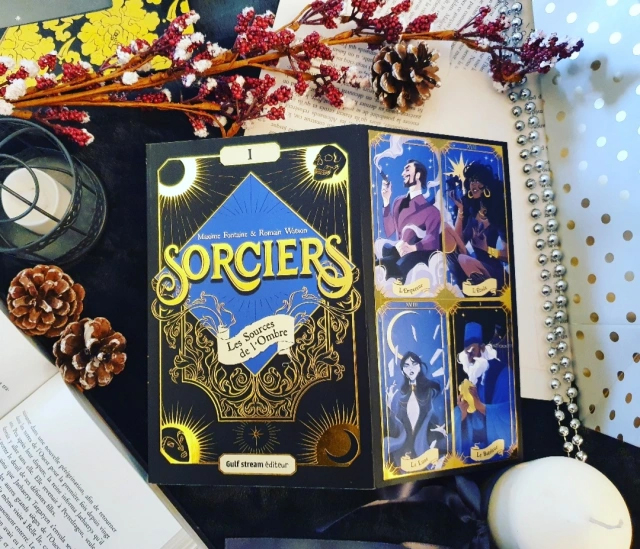